How to Rebrand a Research Study? For One Project, Instagram Influencers and a Dash of Wit Go a Long Way. 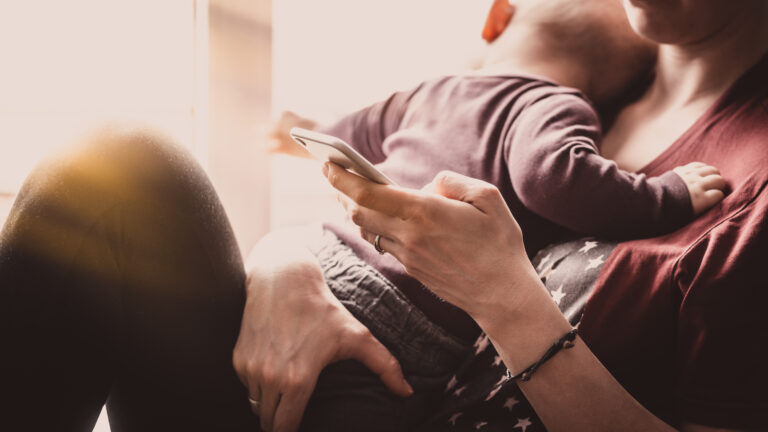 For the better part of four years, Samantha Meltzer-Brody has been trying to recruit thousands of women for a large study she was leading to investigate the potential role of genetics in postpartum depression.

The study’s launch was covered in the New York Times, which helped fuel a surge in participation at the outset. But over the years, signups waned, a problem that’s common in research studies.

Then, one day last year, an intriguing mail landed in her inbox. Someone at a creative agency called Wongdoody had read a story about the study’s lagging participation. The agency wanted to know if Meltzer-Brody would be interested in getting a rebrand of her study and the app it used, free of charge, as the agency’s annual pro bono campaign.

“When you get an email that says, ‘Wongdoody wants to talk to you about your app,’ your first question is ‘Who is Wongdoody?’” said Meltzer-Brody, the director of the Center for Women’s Mood Disorders and a psychiatry professor at University of North Carolina.

But Meltzer-Brody, impressed with the agency’s understanding of postpartum depression, took them up on the offer, forging an unlikely partnership in a world where academic medical research and creative agencies rarely, if ever, cross paths.

“We’re much more stodgy academics, and they’re not. And in general, stodgy academics cannot afford the price tag that comes with hiring a really creative agency,” said Meltzer-Brody.

The study launched its newly rebranded campaign early this month, with a video centered around the tag line “Mom Genes Fight PPD,” a play on words that calls to mind the “Saturday Night Live” sketch that propelled “mom jeans” into a cultural phenomenon. The early uptick in signups — boosted by shares on social media and posts from Instagram influencers and mom bloggers — suggests it is paying off.

“We’re going to be on track to double what we did in the past three years,” Meltzer-Brody said of the recruitment.

The study uses a smartphone app to recruit women who have had postpartum depression, who are then asked to answer questions. Depending on their responses, some participants are mailed kits and asked to send in spit samples for DNA analysis. Meltzer-Brody and her colleagues are pushing to collect 100,000 samples and compare them to the DNA of healthy controls to see if there are genetic commonalities that could make it easier to diagnose and treat PPD or determine who is most at risk.

But the app is only helpful if people know it exists — and want to sign up. Participation is crucial for studies, but a substantial number of studies don’t meet their recruitment goals in the timeline set out by the researchers running them. That can create costly delays. There are also ethical questions with regard to patients who have already volunteered for a project hat can’t be completed due to enrollment problems.

A number of factors can make recruitment tricky, including not being able to reach potential participants. Researchers use a number of tactics to find those patients, including ads on public transit or other high-traffic areas.

“They had built this great research study, they had built an app, it just really needed a creative campaign to get it the attention and participation it deserved,” said Vanessa Witter, the creative director of the campaign.

“We felt we could be the engine to help it get more attention,” she added.

During a brainstorming session, someone suggested the idea of “mom genes.” They loved the wordplay, the cultural relevance, and the rich visual potential of riffing off a denim commercial.

“It just took something that was very scientific, sterile, and hard to understand outside the scientific community and just gave it charm, warmth, and approachability,” Witter said.

The agency had to do a delicate dance: It wanted to create a campaign that captured the feeling of experiencing postpartum depression. But it didn’t want the campaign to be so light that it felt dismissive, or so heavy that the audience tuned out before the call to sign up for the study.

“How do you find that balance? How do you talk about something that’s very serious, but you find a way to invite people and make them want to participate?” Witter said.

The tone they settled on for the video campaign is striking, to say the least. What starts as a peppy play on an old-school jeans ad set to the tune of The Hilltoppers’ “I Love My Girl” — “I love my baby, and my baby loves me,” as the song goes — quickly pivots to one mom singing about living with postpartum depression.

Text flashes across a bright pink screen: “1 in 7 moms suffer from postpartum depression. A mom’s genes could unlock the cure.” It ends by pointing viewers to the study’s website.

Wongdoody also rebranded the website and the rest of the materials tied to the study, including the app and the packaging for the spit kits, which will now be sent in denim-patterned mailers.

There’s no paid advertising budget to promote the video. So they’ve leaned heavily on online communities to share the campaign, asking mom bloggers and influencers to post the video and study callout on their pages.
Meltzer-Brody said the campaign has already started drawing in potential participants who might not have heard about the study before now. It has even served as a nudge to women who signed up, but never sent in their spit kits. The researchers have recently received completed kits that were sent out years ago.

“It’s getting out the word about it,” she said. “We have had an overwhelming response.”

Correction: A previous version of this story described the research as a clinical trial. It is a research study.