Melbourne, Australia—May 26, 2021 – Carter Digital, now WONGDOODY APAC, and the Australian Grand Prix Corporation announced this week that it has been honored with both a Webby Award and People’s Voice Award for Best Sports Websites and Mobile Sites in the 25th Annual Webby Awards. Hailed as the “Internet’s highest honor” by The New York Times, The Webby Awards, presented by the International Academy of Digital Arts and Sciences (IADAS), is the leading international awards organization honoring excellence on the Internet. 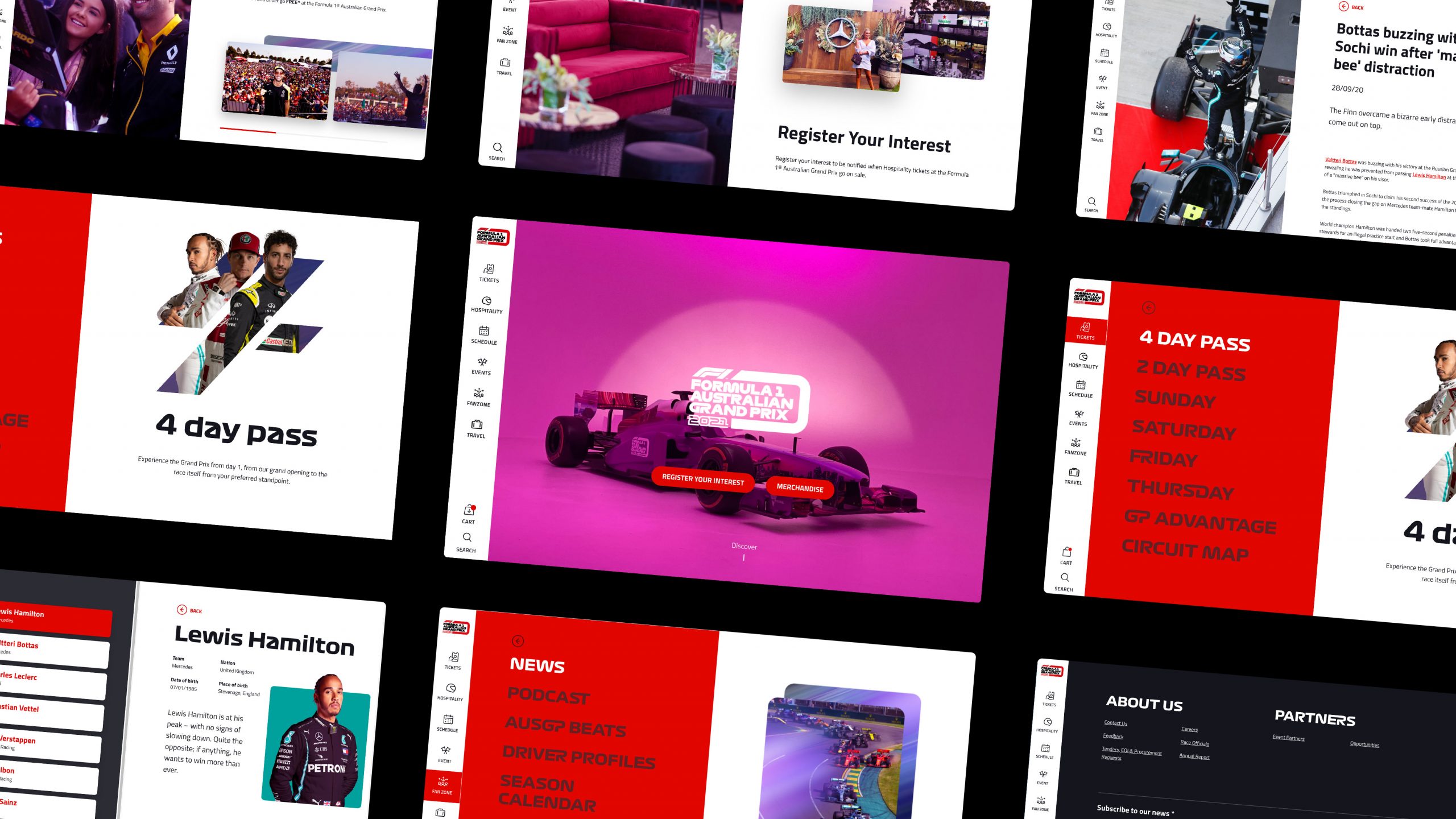 The Australian Grand Prix Corporation is responsible for staging two iconic international events – the Formula 1® Australian Grand Prix at Albert Park and the Australian Motorcycle Grand Prix at Phillip Island. The Formula 1® Australian Grand Prix is one of the country’s largest and most iconic major events, attracting millions of fans from around the world whether it be live, across digital channels or broadcast. The digital platform grandprix.com.au, reflects the innovation, rapid pace in a globally recognised human, customer and user experience fans can be proud of.“Honorees like WONGDOODY APAC are setting the standard for innovation and creativity on the Internet,” said Claire Graves, Executive Director of The Webby Awards. “It is an incredible achievement to be selected among the best from the nearly 13,500 entries we received this year.”

“This award demonstrates the strength of Australian organisations doing great things on the world stage,” he continued.

WONGDOODY APAC’s Chief Experience Officer James Noble was ecstatic upon hearing the result: “Being recognised by our peers in the Webby’s Jury, and global industry voters is the ultimate for us. We’re so grateful to the thousands of people who voted and judged we should win these incredible accolades.

With our focus clearly aligned on the human experience, our work has culminated in organisations reaping the benefits of design-led thinking when delivering data, products, platforms and services to build businesses”

We’d all have loved to be at the awards in person with Oprah Winfrey, Pharrell Williams, Jennifer Garner, and Dwayne’ The Rock’ Johnson ecstatically celebrating the Australian Grand Prix Corporation and our WONGDOODY APAC team here in Australia win!”

About WONGDOODY
WONGDOODY is an award-winning experience, strategy, and design company powered by Infosys. Driven by insight and fueled by creativity, helping clients succeed by reimagining human experiences and the data, platforms and interactions that shape them. Since 1993, WONGDOODY has been recognized as one of the world’s most creative and innovative companies by Cannes Lions, Fast Company and EY, among others. With 16 studios across the globe, including Seattle, New York, London, Berlin, Bangalore, Sydney and Melbourne. Our clients represent the Global Fortune 2000 across every industry. Recent projects include developing COVID-tracing applications for state government, rebranding one of the U.S.’s major phone carriers, and reinventing employee experience for one of the world’s largest energy companies. For more information, please visit www.wongdoody.com.