What Are We Buying When There’s Nothing Left to Sell? Simple: Brontez Purnell

You do graphic novels, kids' books, music, and get blown up by the New York Times Style Magazine for being a writer of note, what's next? Outside of everything? 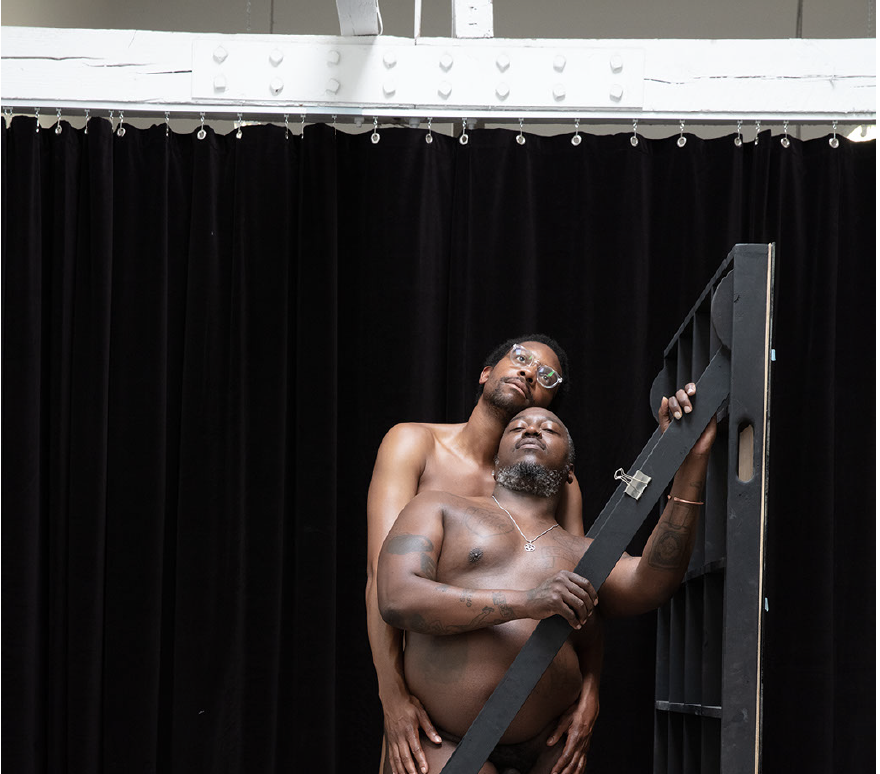 The Italians have a word for the place in space framed by Brontez Purnell and the word? Ebullitio, describing as it does,  something bubbling out and then over, perfectly captures the creativity rush that is the talented Mr. Purnell. Since, besides being a dancer, director, musician, and artist, Purnell, as the former creator of the cult zine Fag School, found his stride most significantly with the written word. Not only with his graphic novel, or his novella, or his children’s book, or Since I Laid My Burden Down, his novel. But with the world’s recognition that he was not to be trifled with.

So after pulling in a 2018 Whiting Award for Fiction, quickly followed by being named one of the best 32 Black Male Writers for Our Time by The New York Times Style Magazine, Purnell did what any self-respecting artist did during COVID. He directed films, music videos, and a documentary, the Unstoppable Feat: Dances of Ed Mock. This is when he wasn’t fronting his band Younger Lovers, or making plans for his experimental dance group the Brontez Purnell Dance Company.

See what we mean? Unstoppable and indefatigable.

And even if he’s been preparing for a rock festival show in July, Mosswood Meltdown, with Kim Gordon, she formerly of Sonic Youth, the delicious fact remains: he gave just a skosh of his scant time to us for The Live Five! So…enjoy!

Having exerted yourself as a dancer, filmmaker, musician, performance artist and maybe most significantly, a writer, how different is it creating in these varying media? Or maybe more succinctly what’s the pecking order, in terms of preference and ease of expression, between your areas of focus?

It’s funny when I’m asked this question because there’s always a sense of hierarchical value implied like “which one do I like most?” Which is akin it to asking a parent “which kid is your favorite?” And it’s funny cause I think they are all so…different. I have varying degrees of difficulty and ease in all of them, but I mostly do it because they all actually inform the other. That is, they work as a network, and which ever one is calling to me most depends on a number of things. Basically, as an artist, I’m in the language of communication and sometimes I just look at it all as a multilingual practice and I’m trying to confront how vast expression is. I still marvel at it and so I can’t tell you succinctly which one is easiest because how the artistic creation process works is still kind of a mystery to me. The only thing I’ve heard that makes sense to me is that it’s all 99 percent perspiration. And they are all worth it to me because they all boiled up in me in the same time and they all act as pivots for one another. Furthermore I create in a time of the gig economy and we are past the era of any person doing one thing. But I will say, if it had been up to me I would have been the next Kurt Cobain when I was 24 and retired at 32. That didn’t happen…so my Black ass subsequently must keep hustling.

Are your parents artists? Siblings? If not, what’s the pathway by which you found yourself here?

Well they certainly had the artist spirit. My great grandfather was a blues musician in Alabama. He made money doing it and didn’t have to pick cotton. His son, my grand-uncle came to California in the ’60s and also played the blues. He worked for Galaxy Records and worked with Creedence Clearwater Revival, Big Mama Thornton, Etta James and so on. He had this crazy white hippie girlfriend and they would come to Alabama and always tell me that I should move to Oakland. I was around 13 and was the only one of his grand nephews that played guitar like his father. My dad’s brother also played in soul bands in Selma, Alabama in the ’70s. So I come from a Southern rock n roll lineage.

Alabama in the ’70s sounds, um…less than ideal. How much of your identity is framed by having been born and raised in Alabama?

I went to this historically Black college for a bit called Alabama A+M, the same one Sun Ra went to, and where my parents met there, also in the ’70s. I was conceived there, see my mom walked across the graduation stage with me in her belly. But I basically came to Oakland to play music. I had never even visited. Just hopped in the van with musician friends from Alabama and came. My uncle JJ Malone had always talked about it so i knew it was a destiny of sorts.

After decades of our somatic urges being played with/on to sell everything from car oil to vaginal spray, how is it that you’ve made the creative choice to successfully mine sex and sexuality for something new (and award winning)?

“Success” is elusive and a loaded term but I’ll spare you my belly aching. At the end of the day I essentially write “anti-erotica”, the things about sex that are not so sexy. Or the glitchy-ness of sex that makes us human. Sex is so weaponized against us. Our first access to it is porn, which is so fake, and the values embedded in it are inherently conservative: body fascism and designated sex roles. Furthermore I don’t care how “real” it’s depicted, once a camera is on, people behave in a performative way that’s inherently not as authentic as when a camera isn’t there. What I’m always writing about? The emotions behind sex because, for the most part, humans aren’t always having sex for sexy reasons. So you see, after all, I’m not a “sex writer”. I write about relationships and relationships to sex, so someone who says “BRONTEZ is a sex writer” and leaves it at that is akin to someone who says “Monet just paints dots,” if that makes any sense. Plus I write about humor and grief and loss mostly. This, more so than salacious sex acts, I think this is what people connect with most.

You’re about to turn 40 now. Have you got your boyfriend agita, detailed in your video zine, 100 Boyfriends, locked down now?

To quote Rhianna “I’M NOT LOOKING FOR A MAN!!!”