Who’s Afraid of Chelsea Wolfe? Answer: No One Who Shouldn’t Be

The grime and low glow of that special place in space where folk meets doom metal is right where she sits. With much great aplomb. 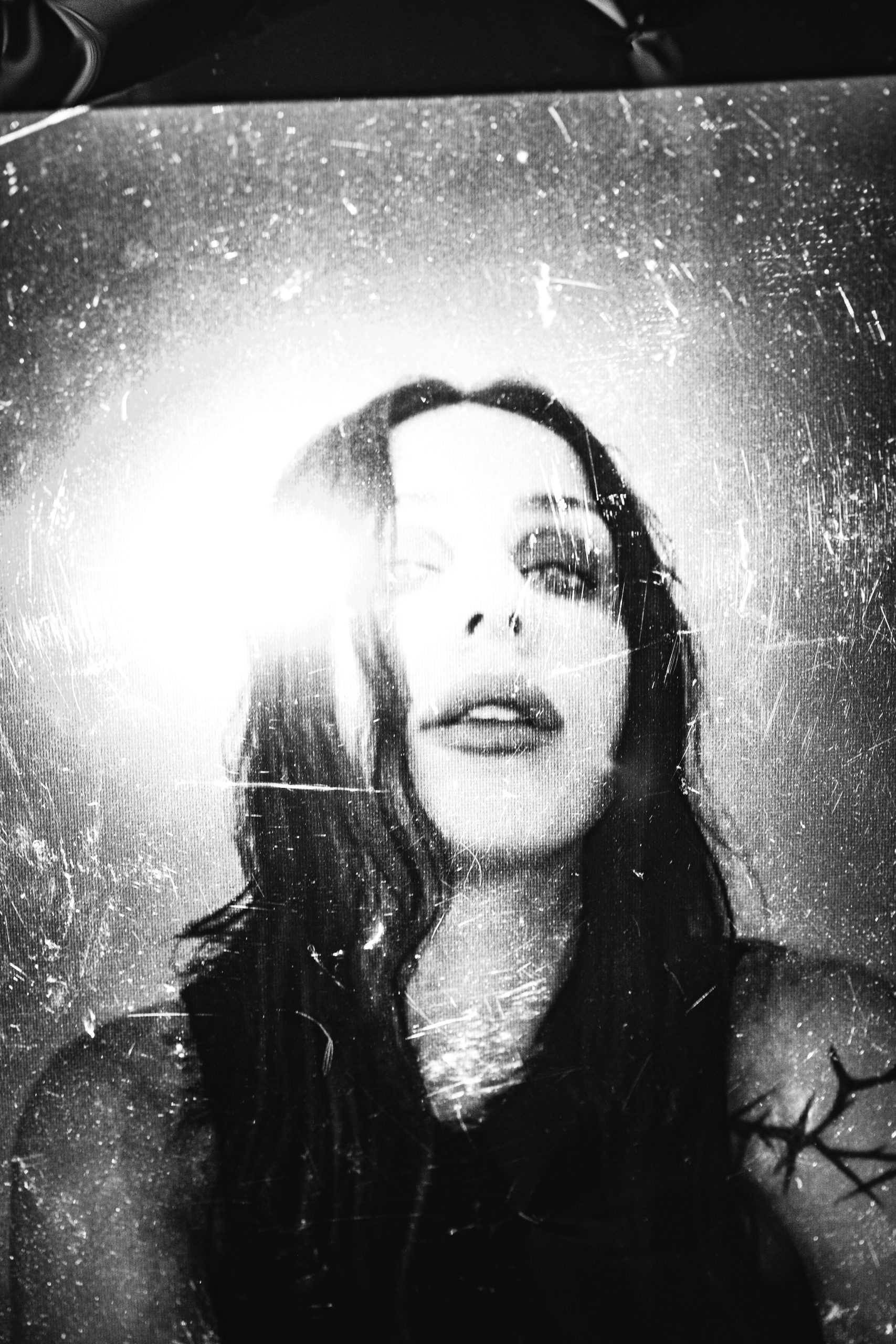 There’s a magical thing that happens some times when your awareness of something lines up just so with that something becoming everyone is suddenly aware of. Not sure how the juju really works but Chelsea Wolfe’s been weaving it. Repo Man style — “[Y]ou’re thinkin’ about a plate o’ shrimp. Suddenly someone’ll say, like, plate, or shrimp, or plate o’ shrimp out of the blue, no explanation….It’s all part of a cosmic unconsciousness.” — Wolfe, from a small town in Northern California is now, officially, everywhere.

Records, festivals, fashion designs, film scores and collaborations with a bevy of fellow travelers has Wolfe in that cool cool-lady space and even better than that: it all sounds/looks/feels…great. Well thought out, carefully constructed and with an eye toward perfectly plumbing her soul to make magic for whoever has the ears to hear or the eyes to see.

Do we have a creative crush on Wolfe? How could we absolutely not?

So having her in on The Live Five is the best kind of delightful. You have been warned.

You’re doing a new horror film for A24 now. How do you actually generate sonic horror?

I’m not sure it was about generating sonic horror as much as seeking to match the energy of the scene. Sometimes it was complex, like when I was writing for a scene that portrays one character in the film experiencing a euphoric, nostalgic moment while at the same time it’s horrific for the other character in the scene. So I was doing vocalizations to reflect the energy of the villain, but I wanted to also give them more than just “scary” sounds. I ended up doing a lot of layered vocals that sort of twist into each other to reflect that complexity within one character’s nature and also their interactions with the others.

Roseville, Placer County, California is where you grew up. These are all pretty bucolic places. How much of your oeuvre was influenced by the geography you grew up in/with and how much was a reaction to it?

Right, for sure. Thankfully I grew up in the older sections of towns where it wasn’t all brand new buildings and strip malls. I was in old Roseville, which was actually an interesting little area, at my grandmother’s house where I spent much of my time as a kid. It was an old Victorian style house covered in ivy, next to a railroad museum and a big old library, so I stayed entertained reading and daydreaming. The suburbs are not usually healthy communities. I kept to myself a lot and would come alive when we’d go camping, or when I’d get lost in a book.

Your first record is an unreleased one you’ve categorized as too personal. What’s the connection between personal, too personal and the amount of creativity needed to make both or either work? By which I mean: can you be creative withOUT being personal?

As a young musician I didn’t know how to edit myself, so more than it being too personal, it was really just like, word-vomit. Over time I’ve learned to work on the songs so that they’re expressed in the way that I really want to say it. Yea, I’m not sure you can make art without putting a bit of your heart into it so I suppose it’s always personal.

In the struggle between the sole creator and the creative democrat, how are you understanding creativity in this context?

I think that creative ideas are swirling around the collective unconscious. There’s that concept of when you get a great idea, if you don’t take action on it soon, it’ll move on to the next person who could make it happen. And also, many of us have similar artistic or musical influences, but two creators could have very similar ideas, and the outcomes would be completely different. I’m not sure I’m completely understanding the question, but I know that magic is energy plus intention. You can have all the good creative intentions in the world, but until you put some energy and action into them, nothing’s going to come forth from you. You have to show up, sit with it, open yourself up to it, feel it. Sometimes the song just flows right to and through you, and sometimes you have to tend to it day after day, bringing it into the world line by line.

You grew up with a musician father and in a household where it seems your interests in music and the performative arts was encouraged. How much does it feel to you that your talents are more on the nurture side of the equation and how much on the nature?

I was very lucky to grow up with instruments and band practices around, and to get to see my dad playing music onstage. At the same time, I was kinda on my own a lot. I had to take my songwriting and recording into my own hands. In my early 20s, my parents saw that I was taking it more seriously and starting to play shows, and they both encouraged and supported me in their own ways. My dad handed me down guitars and pedals, and my mom, also a very creative person, encouraged me to move away from my hometown if I wanted to build a career.

So yea, it may not be in the way that people imagine, but I did have a strong sense of nurture and example from the start when it came to music and creativity as a life path. That’s a huge blessing because although I desperately wanted to play music, I’ve always been a deeply introverted person so it was really difficult at first to get up on stage in front of people, or to advocate for my own work. But even roommates, bandmates, and friends over the years have been so encouraging towards me as a musician, and Cathy at Sargent House took me under her wing, so a lot of earth-angels have helped me along.