A TED Fellow, a Director's Fellow at MIT's Media Lab, and a Ford Foundation Disability Futures Fellow for sound art is a trifecta of tough. Now try doing it while having a sizeable portion of the world telling you that you're crazy for trying. 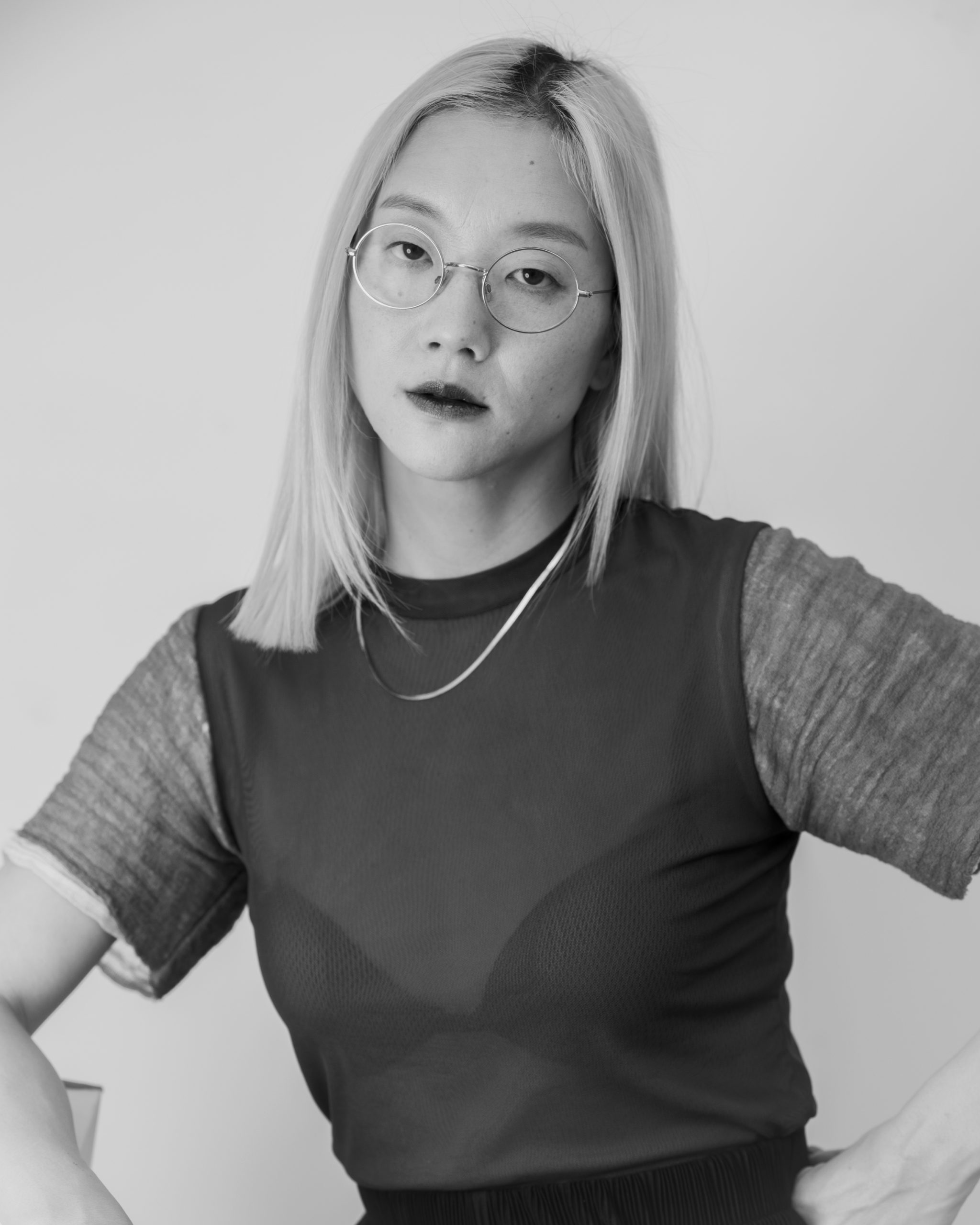 If you have parents and have any kind of functioning relationship with them, then at some point you may have heard the “you can be anything you want” deal. Race car driver? Sure. Heart surgeon? Whatever. Happy? Ok, kid, don’t push it. The reality though is that typically the urging was toward a perceived aptitude. So while we don’t expect that Einstein’s parents pointed him toward ballet any more than Misty Copeland’s parents urged her toward quantum mechanics, in life, things typically just…fall into place.

So the fact that Christine Sun Kim was born deaf to parents who were not deaf would seem to suggest some life paths much more aggressively than others. Something that Kim, for the greater good, could neither hear nor even ever chose to listen to. Which is precisely how she parlayed a life lived without sound into an obsession with sound. So armed with one MFA in Sound and Music and another in Visual Arts, Kim started crafting a career out of the intersection of sound, language, music, sign language and the notion that sound is not purely an auditory experience.

A take that got the accolades rolling — she’s a Director’s Fellow at the MIT Media Lab, a Ford Foundation Fellow, and a TED fellow — and beyond that the kind of wild world notice usually reserved for people like Beyonce: Kim did the pregame show at the 2020 Super Bowl. Which is big time no matter how you chop it.

So that she took some time from her schedule of shuttling back and forth between Berlin and New York to do The Live Five? Music to our ears.

During a segment for a long past Chris Rock routine he plays on the fungibility of race, suggesting somehow that he is trapped by a construct that, presumably, white folks wouldn’t want to trade into. With all of the advances being made in surgical solutions for deafness, how many of these have gotten your attention, and moreover, as part of how it is that you understand yourself, how much of your present existence would you trade out of for a new one that involved hearing?

To be clear, I’m not against that kind of surgery but rather, I’d like to see people involved in that industry — doctors, speech therapists, insurers, lobbyists, legislators, educators — become pro-American Sign Language (ASL) because they are so anti sign language that it’s oppressive and violent as fuck. By which I mean when you do not have access to one whole language, you pretty much cannot develop your own personhood. If you cannot even form your own thoughts and develop your own identity, isn’t that violent? The word “violent” here does not necessarily mean physical but rather a very violent consequence. And I still see Deaf children and adults struggling with language deprivation to this day, which has a deep impact on all aspects of life. So we’re constantly expected to pick between this surgery or ASL. Why… not… have… both? I mean, I get it that being able to gain access to sound via hearing would definitely make my life so much easier but…there is actually a lot of joy in being Deaf. Most of my besties are Deaf and they’re pretty much my chosen family. I love how we all come from very different backgrounds but connect based on our shared experiences with our deafness.

You were in high school when you made a decision to begin exerting yourself as an artist. Were there inklings prior to that that your parents could have pointed to and said, “ah, we saw this coming”?

Yeah, there are certain occupations that Deaf people often adopt by default. Teachers at Deaf schools and organizations, ASL teachers, workers at video relay service (VRS) companies, case managers for Deaf clients, archivists, designers. I think in a way, though, that my immigrant parents didn’t have it easy after birthing two Deaf kids, so they ended up letting go of their parental, and very Korean, expectations and told us just to do whatever we like. Just to be able to navigate and survive. I think in that way I subconsciously got their permission and did what I wanted and became an artist.

They also learned ASL — something that takes between a month or sometimes five years, depending on the person, to learn — and that, in turn, fostered a close relationship among us as a family and I am forever grateful for that. Both of my parents are retired but mom used to be a nurse and dad used to be a bit of everything from insurance claim adjuster to owner of dry cleaning businesses, and so on. I definitely learned from them on how to survive, specifically in America.

Could you explain the LA to Berlin shift, and how hard was it for you to pick up GSL? I’ve had a family member at Gallaudet, but no idea if they teach GSL there.

Oh wow, Gallaudet! My sister, exes and friends all went there. Even though I never went there, it has a special place in my heart. I can carry on a basic conversation in Deutsche Gebärdensprache (DGS) but lately, as an artist and mother, I do not have much headspace for learning new languages. And, frankly, I was never very good at it anyway. But just like many Europeans know English, many Deaf Europeans know basic ASL. And I lived in New York for a long while before moving to Berlin. The first time I visited Berlin, I decided to start working with sound. The second visit, I met my current partner. The third visit, I decided to stay and start a family with him.

But you should definitely learn sign language, which is very different from spoken and written languages. It’s good for your brain. Some people learn fast, some slow, some retain, some don’t. But now with my own family we all communicate in ASL.

Do you like football enough to have made the Super Bowl anything other than torture? It seems like it would be so strictly regulated that it’d be no fun.

It was undoubtedly one of my most complicated and hard decisions… but I’m so happy I did it, especially with that op-ed for the NYT I penned [Fox Sports aggressively edited her performance. — eds.] Both make perfect sense together, can’t really do one or the other. But I spent a few full months studying and translating both the anthem and the patriotic song. I also thought SO much about patriotism. Like, I’m super patriotic when it comes to disability rights in America and we have it good compared to other countries but, of course, we still have a lot of work to do.

But it was very confusing for me! We only had one rehearsal with Yolanda Adams and Demi Lovato, so someone recorded them singing with an iPhone, then my interpreter Beth Staehle and I practiced together and we developed our cues, mostly on timing. Whenever Yolanda or Demi jumps to the next line, Beth would cue me to start the next line. And then after the pregame, I had a really huge burger and beer.

Between the music/sound stuff you make and the visual art, what’s the rank order in terms of your personal preferences? And besides that what/who is exciting you these days?