He challenged the world. The world's not responded. Baby steps 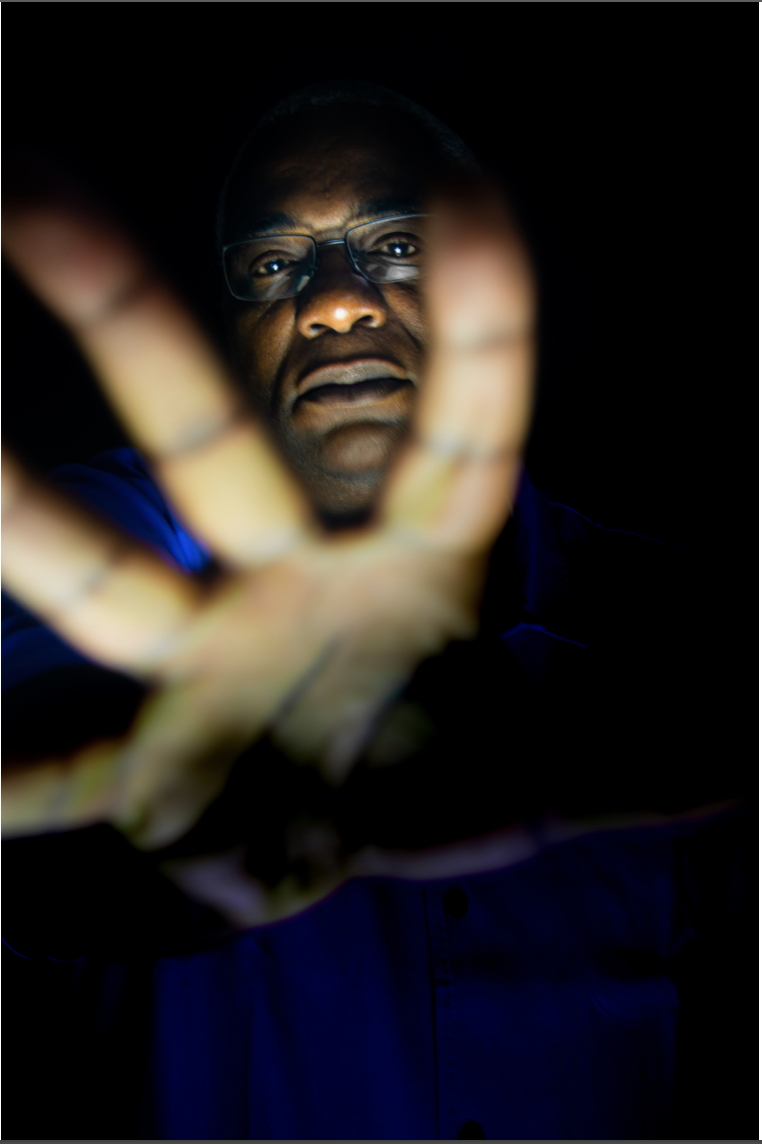 Kicking us/it off? The wonderful contrarian Derek Walker who while listing his occupations as instigator, janitor, secretary, mailroom person, usually rounds it out best with creative and owner at creative agency Brown & Browner in Columbia, S.C.

And what caught our eye? His Creative Kumite (pronounced KU-mit-AY), modeled after the martial arts competitions from which he lifted the name. It extends an offer to brands to participate in a creative competition that pulls in talent both diverse and inclusive to solve some of their more nettlesome challenges. The brand provides the creative challenge, Walker provides the talent and the mentors to deliver great work. It’s a showcase for underrepresented talent who also get some on the job training. A win-win for any interested brands. If only brands were interested beyond “nibbles,” said Walker, in spite of years of work to bring this to life.

Well we were interested well beyond nibbles and so welcome to The Live Five with Derek Walker.

Your Creative Kumite suggests you’ve both taken martial arts and you don’t play! But what does it say to you in 2022 that over the course of the past five years no brand has taken you up on it?

I grew up on military bases. I grew up around martial arts. My sons have their black belts in Tae Kwon Do. I am a huge martial arts movie fan. But yes, over the last five years, we have had nibbles but no bites. I have some leads, and I am hopeful that they will turn into something.

But what this says to me is that brands are not as brave as they claim. They want proven and safe, the Creative Kumite is neither, it is a new idea. Why risk on a new idea when they can sponsor one of the many conferences/events/training sessions out here? Too bad, none of those deal directly with the real reason diversity has eluded us: the attitudes of those inside the agencies/holding companies haven’t really changed.

Then how do we tactfully ask why advertising sucks so much in its ability to, while wanting to design for the entire world, deliver from perspectives outside of the usual suspects?

Because advertising was never meant to speak to the entire world. Advertising sucks because it wants to be everything to everyone. Generalizing is the easiest path. Great advertising says, “screw it”, and focuses in on a single target audience. Sure others get and like the message, but it still speaks to someone directly. It simply doesn’t care who else is listening. We can’t “deliver from perspectives outside of the usual suspects” because we are afraid of new, unknown, and unfamiliar. The potential for failure scares us doo-doo less. The advertising industry didn’t get like this on our own, we learned this from a group of big and powerful clients who became risk adverse. We didn’t jump into this position of fear, we were pushed.

Hands down: who in the world is doing work that makes you think “damn. I wish I had done that?”

No one. No agency is consistently doing that level of work, and that breaks my heart. I miss old advertising where agencies were so competitive that they pushed to do the type of work you described. Those shops have gotten fat and complacent. The closest shop might be Ryan Reynold’s joint, Maximum Effort, but I hate saying this. I want to be able to name three or four agencies but I honestly can’t. Dang.

I mean I just don’t know who we should be paying attention to. Honestly, it is arrogant of anyone who answers this question. I’m sorry but think about it, to answer this a person has to believe that they know what is best for everyone else, that they are so dialed into the creative world that they can tell us who we should be paying attention to. I’m egotistical but I ain’t that much. I am a simple person. I think we don’t recognize the beauty in this world and other human beings enough.

Could the problem be perhaps that creativity is a learned skill and fewer are learning this skill? Versus, I guess, showing up for meetings on time?

The problem is that too many of us are operating from a position of fear. Yes, we have maligned creative so much that very few are taking it as serious as they should. However, we are also scared out of our minds about pissing off a client or losing them because we do something that makes the client uncomfortable. This is what it looks like to create advertising from a position of fear.

If my desire was to accomplish as much and what you’ve accomplished what and where would I find the template for that?

There is no template anywhere. And thank God that there isn’t! Trying to duplicate the success of others is what has gotten us to this crappy place we are in now. The best advertising is created by people and agencies who have no copulation to give about how others are doing it. They are content with who they are, and confident in their unique vision to create something amazing. And they do.

“Unto thine own self be true.”

The success comes when a person is good with who they are. So, there shouldn’t be a template as much as a mirror. This is so hard. We are programmed to think our true selves are not enough but for advertising professionals, nothing could be further from the truth. What’s new or different comes from appreciating that no two people are the same, and letting people be themselves. Crap, that sounds so hokey!

And you’re not going to like this but very little about creativity can be taught. Oh, we can teach people about the structure of things, about voice and tone, but we can’t teach creativity, not real creativity. It is different in all of us. I am not being some philosophical snob, I’m being real: creativity cannot be taught.

It can be nurtured, or extinguished, and lord, we are great at extinguishing the creativity in others. We start in early education and continue throughout the lives of many people. So really we need to be able to teach leaders how to encourage and free creativity in people. We need to teach how to manage creativity.