Beyond the Orthodoxy….A Whole Hell of a Lot of Herezie

Andrea Stillacci, a Parisian professionally (the 16th arrondissement if you must know), but an Italian by birth (Turin if anyone's asking), created Herezie, a company that just killed it in Cannes. Do tell? Oh we will. 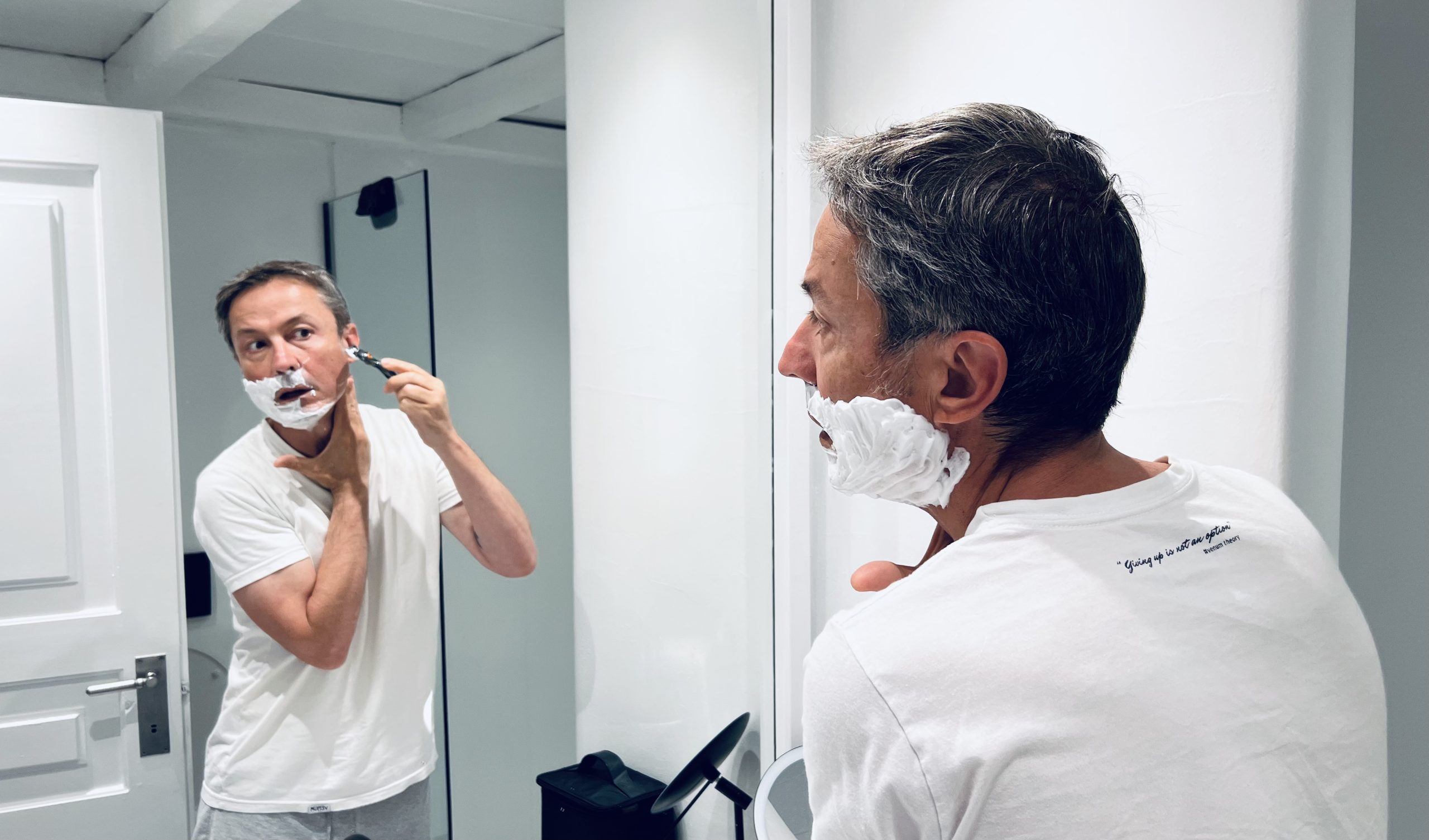 The claim that Andrea Stillacci, the 50-something former punk rocker who wove his early and initial interest in punk radio shows and writing stints into similar interests in contemporary art, seems to suggest a credible career path for the head of Herezie, the most awarded indie agency in France. But far more compelling and further reaching was his decision at the age of 14 to do exactly that. Far from being press hyperbole, the 14-year-old Stillacci whose mother taught French literature and whose father was a manager at Fiat, fell under the sway of next door neighbor Franco Cagnasso.

Cagnasso had convinced Stillacci the younger that agency work was all about…humans. “How they live, feel, react, behave and how this intersects with both information and entertainment, said Stillacci. Stillacci’s first angle of attack? Economics. But after the untimely death of a brother in a car accident his drive and optimism about the future, rather than taking a hit, accelerated, aided and abetted by the energy and support of his wife and his daughters.

Right into a crazy creation right dead center in the 2009 recession: he and his two co-founding partners would start a company. And with an affinity for heretics that fought against the Catholic Church, they named it Herezie. The same Herezie that recently pulled in four awards at the 2022 Cannes Festival if you happened to see the headlines.

Which is precisely why, and how, Stillacci found his way to The Live Five. Color us pleased in the extreme.

In 2018, after nine years in the trenches, things were looking pretty rosy for you and Herezie. You had brought in about $20 million from 30 different advertisers in 28 different countries. Outside of the recent wins in Cannes how has the business changed with the global economy in some kind of retraction now?

In four years we witnessed a revolution. In the way we work, the way people engage with advertising, the way human beings are technologically connected. Herezie’s identity evolved together with the life we live. Since 2018, we focused our attention on output with very high “creative density”. Great ideas are what we stand for and we summed this up in four words “Internal pride. External attraction.” That’s why our core activities changed and we developed a very strong know-how on social activations, engagement and content design way beyond the usual touch points like TV, posters, print and radio.

Because you mentioned figures, I can tell you that we are now at 22 million USD revenue. Beyond the smart working culture, the pandemic wave didn’t affect us that much and we have been lucky enough to work with advertisers like Amazon Prime Video or Fee Mobile that saw their income growing during these tough times. Of course, the world that surrounds us is unstable — to say the least — but that’s where the power of creativity shines in all its value.

Who is doing work now that isn’t at Herezie that you find really exciting/interesting?

I am impressed by the strength of the new wave of independent agencies all around the world. We Believers, 4creative, Rethink, GUT, Mirimar to name a few. I am really proud of the fact that Herezie, together with Per Pedersen, the former Global CCO of Grey, and the agency Founders, two years ago launched a brand new network, a new model that puts together some of the best independent agencies in the world. It’s called by The Network. We are now 30 agencies all connected and we cover more than 35 countries. They are all agencies run by creatives. We recently worked, at a global level, with Snapchat, Netflix, Carlsberg and Amazon Prime Video and the creative output is truly outstanding, just Google it and you will see. Last week, Anselmo Ramos, the founder of the independent agency GUT wrote “Life is too short to do shitty ads”. I couldn’t agree more.

And now that we, and everyone else, are talking about Cannes, how much of what happened there was a surprise and could you rate that surprise? On a scale of totally surprising to fake surprise where did you stand? And does this fundamentally change your relationship with your competitors at Publicis and Havas?

For us, it was a big surprise. We have been for years the most awarded independent agency in France but ending up in the top five in the biggest festival in the world is an unexpected achievement. It shows that we manage to upgrade our game on a global scale. In our Paris office, we have 75 people, and the French agencies that are at the top of that rank employ thousands of people. We feel a bit like David and Goliath, but we respect them, despite their corporate DNA, so no stones will be thrown, just mutual exchanges and positive competition.

You’re an Italian in France, how much will the recent political shift with LePen scoring fairly significant political wins in parliament affect you, your family, your business?

Well, France is living in an utterly complex situation. The social and political contradictions that we experience every day came out from the recent votes with a pretty loud voice. Since I came here in 2004 I felt an incredible tension between a very strong working class identity and the highly hierarchical system of power built from the “Grandes Ecoles” that form the political and economic leaders of the country. Every pressure cooker has its vent to keep the balance of the steam…now that vent is broken. We all keep our eyes and ears open to see where this will lead us. For the first time the French identity lives a dualism. A schizophrenic wave that strangely enough made the extreme left and the extreme right allied against the aura of arrogance that the system in charge unfortunately expresses.

Can you describe in very real and actual terms what goes into creating the kind of work that you all just won awards for? And if we’re talking about creativity how possible do you think it is that a company with good business fundamentals but low creativity, actually manages to generate really creative work? Conversely do you think crappy business fundamentals make creative work impossible?

There is one line that I like “Tomorrow is today with an idea”. Creativity is there to help the human race improve, connect and evolve. Business and creativity are not one against the other. Look at the most valuable young start ups. Without a strong idea that resonates to people in a meaningful way, they are nothing. I am a big fan of what we can call “Creative Darwinism”. When you think about it, what you call the “crappy business fundamentals” are “crappy” only if they base their model on the cynical exploitation of the people, of the planet, of the values we all stand for. If we take those topics aside, no business is a crappy business. Even a bicycle repair garage in Bangkok can do business in an unexpected and never seen before way and that’s where creative minds can make a big difference.