Leaving PricewaterhouseCoopers to make millions on meals? Makes sense. Leaving that for the sex biz? Well, that depends. 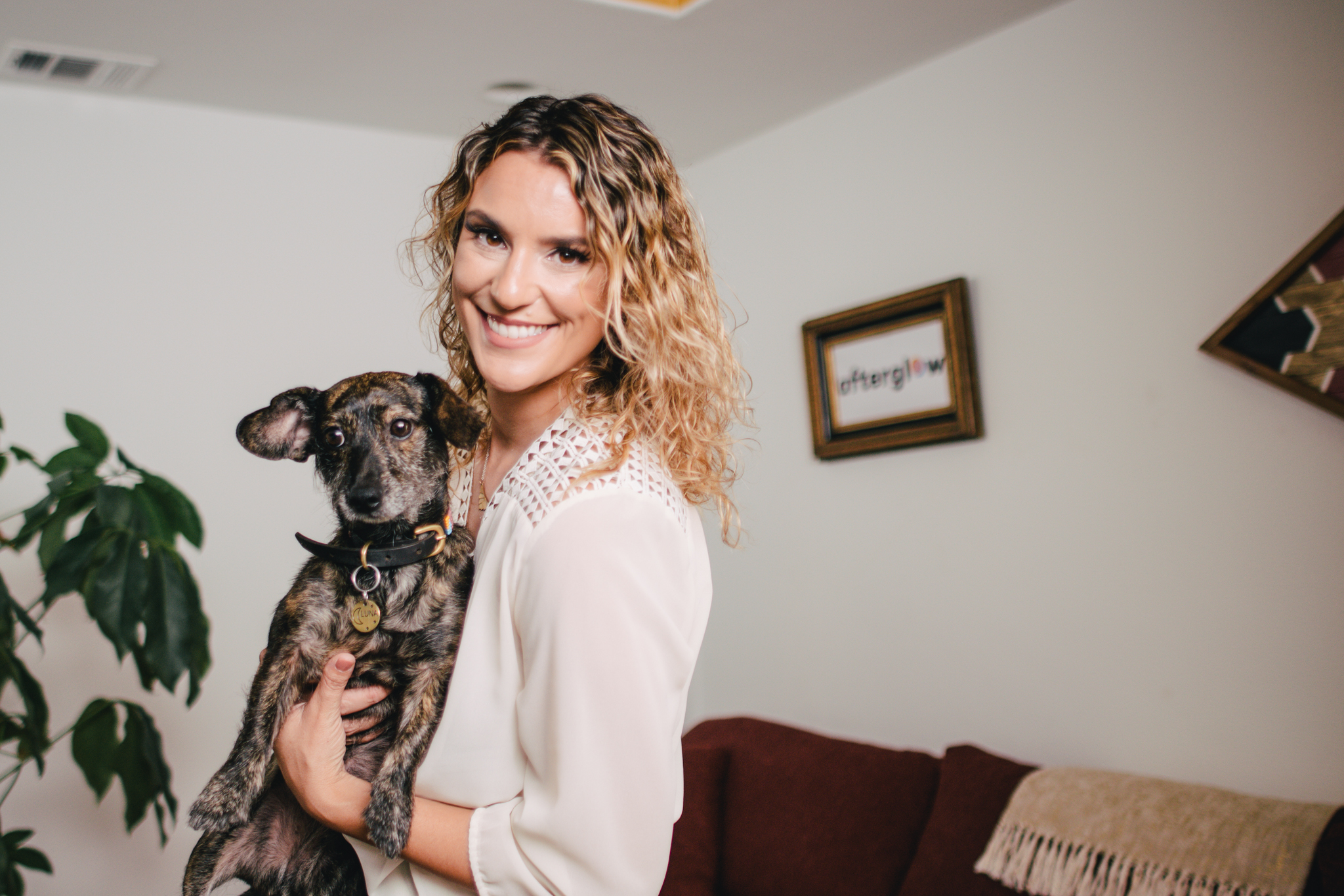 The 35-year-old Lilly Sparks, hailing from a pretty idyllic So Cal suburb, didn’t venture far from home when she hit UCLA. But her head? Already far afield. So while cutting her teeth, first at PricewaterhouseCoopers (PwC) and then at a natural foods company she left PwC to start, despite hitting her goal of $10 mil in revenue, she envisioned something bigger. Better. And even possibly cooler.

Something that didn’t shoulder its way into her conscious thinking until February 2020 when during a 10-day silent meditation retreat all of that inwardness gave birth to a company that she hoped would not only change her life but the lives of whoever she managed to touch: afterglow. And yes, it is ee cummings style, all lowercase.

“It [the name] came to me driving down a deserted Texas highway, listening to Purity Ring’s Stardew, with the line ‘leave me in the afterglow, the dew of dying stars,'” Sparks said from Austin, Texas where she and her partner make their home now. “I wanted a word that expressed sex in a positive light. If you’re not enjoying something, then why are you doing it?”

Which is precisely why she’s here with us now. Courtesy of The Live Five…Enjoy!

What motivated the move from PwC to sextech and given how fraught the conversation currently is around sexuality, how hard was this to do?

I grew up in a conservative family that valued stability and I was expected to be a doctor or lawyer. I had one awkward sex talk from my mom in high school when I had my first boyfriend, where she told me “guys don’t like to use condoms” and that’s it.

I first took a risk when I left PwC to start a natural foods company. When I started, I thought selling $1 million was the height of success. I hit that goal and kept going – first $5 million, then $10 million. This showed me that I could create things in this world. It showed me the power of building something you believe in, and how sharing that message would attract others and create real change. In considering what other areas of life needed change, I had a “lightbulb” moment that led to the creation of afterglow – why is everybody having challenges in their sex lives but we’re not allowed to talk about it?

This cycle of misinformation and lack of resources is exactly what afterglow is trying to change. Sex is supposed to be fun! At afterglow, we’re normalizing great sex as a part of our everyday lives and creating a space where everybody can be the main character.

The difficulty with coming up with something new and creative for sex is that sex has been part of the human experience as long as there have been humans. Was this all part of a Eureka moment? Or was it a biz school numbers crunch?

I was having external success running my natural foods company, but my private life looked very different. I fell in love early, with my high school sweetheart. Because I didn’t know my body or how to communicate what I wanted, the sex wasn’t great. I didn’t orgasm until I was 24! This is a common experience, especially for women.

But I got into the food industry because I cared about health and wellness, and food is one of the most important factors in our health. As time went on, the industry became more crowded and I was disillusioned. Another keto protein bar isn’t really making an impact.

So I went on a 10-day silent meditation retreat in February 2020. I’d had the idea of afterglow for a couple years at that point; it was my crazy dream that I thought was too big and scary to actually do. On about day seven of silence, I heard an inner voice telling me – now is the time. Just go for it!

Despite having no adult industry experience or experience in building a website, I knew it was time to follow my passion. I love a challenge!

There’s part of the conversation that pegs our involvement with sex and sexuality as obsessive and given market dictates, not especially healthy. How did you frame afterglow to avoid being viewed as just more of the same?

How big is your company now? And who were your models when constructing it?

afterglow launched about a year ago and we already have thousands of users. I’ve always looked up to the pioneering women of this industry like Erika Lust, Candida Royalle, and Betty Dodson. I also look at companies like Calm, Headspace, and Masterclass. afterglow is something the industry has never seen before, and we’ve gotten great feedback from members. They’ve said things like, “I feel more centered and present when I’m with my partner thanks to afterglow” and “it’s easier to get out of my head and just feel into my body.”

Has anyone else taken a particularly creative approach to sexuality that made you sit up and say: “I wish I had thought of that?”

I admire sexperts and sex educators. People want information about sex and sexuality, and sexperts have broken barriers and taboos by providing it. I’m drawn to those who are open about their personal experiences and connect their sexuality to fulfillment in their broader life. Society tells us we have to put our sexuality in a box, a private box that we can’t talk about, and I admire those breaking this unspoken barrier. I love Sex With Ashley, who often talks about her experiences being a Black woman who rejected the purity culture she was surrounded by. I love Kimi Inch, a dominatrix who isn’t afraid to say so at a dinner party and teaches people the therapeutic nature of kink. And I love Elana Meta who uses movement and dance as a way to get into our bodies.

I also wish that sexual wellness was allowed to advertise appropriately on platforms like Facebook and Google. Silencing us creates harm to those that need these solutions. Women’s health companies are consistently targeted while male-run companies like Ro and Hims easily skirt the rules.