From the band Faith No More to a passel of film, tv, and solo work Mike Patton is proof positive that idle hands may just not be the devil's playground. 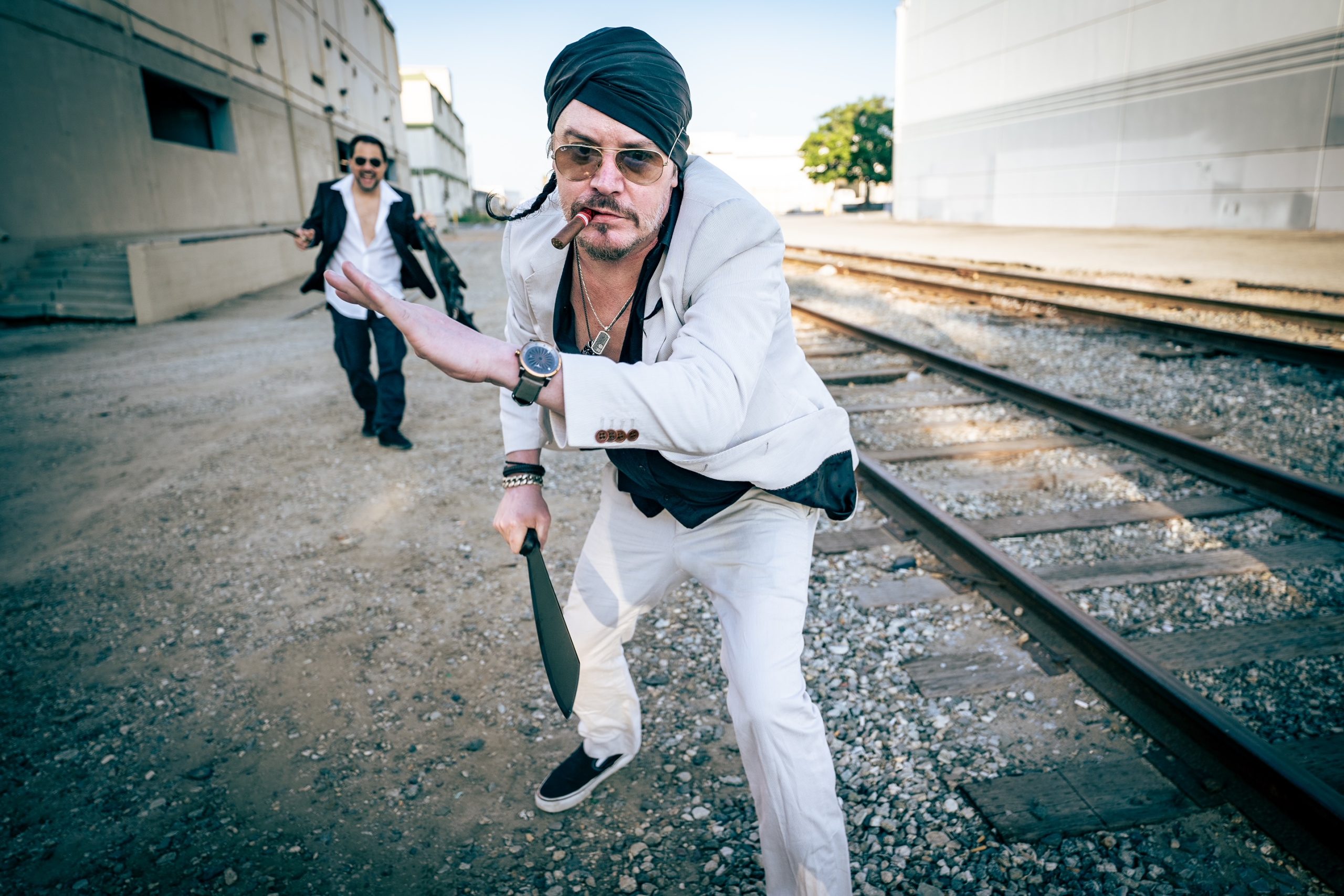 There’s the apocryphal Schwab’s Pharmacy moment when a teenage Lana Turner was “discovered” in Hollywood while having a soda in Hollywood. Nevermind that she was actually down the street sipping a soda the point remains, movie myth making aside, lightning strikes do happen. Which is how Mike Patton, a 19-year-old Humboldt State English lit major, was plucked out of obscurity to front Faith No More, a band poised for Grammys and future fame.

But, and here we are at Shocker Time: did anyone ever imagine that the lightning struck would be as immediately poised and ready for their close up as Mike Patton was?

Nah, and anyone who says otherwise is a damnable liar. Because Patton, while avoiding the obvious g-force problems usually connected to going from modest means to more than modest means, getting famous and being able to do just about whatever you’ve ever wanted, has wielded these powers judiciously. More significantly his creative choices over the years have trended toward being more interesting than not and with a marked affinity for being attracted to fellow travelers who are not there for the cash but remain in play because of something so not-silly as artistic significance.

So, films, television, soundtracks, video games, opera, rock, picking up Italian and Spanish, and reviving Faith No More right before canceling the extended tour to deal with a post-pandemic malaise, Patton seems healthily so much more about becoming than being. Which is why we’re overjoyed to see him at  The Live Five. A fact shared with you right here and now.

You started very early, and avoided most of the lame rockstar tropes and pitfalls, but what was it about your process or approach that made this more likely to happen than not?

I started with my band Mr. Bungle when I was around 15. Faith No More happened when I was 19, or 20, so partying was not in the cards. I mean I was str8-edge at the time! And I wasn’t concerned with approach back then, it was just following my bunny ears.

But my parents, who are still very alive, had me accidentally when they were quite young but fashioned me as a jock since my dad was a college athlete and a PE teacher in high school. That quickly evaporated as I was, and am, a geeky shrimp. To their credit though, when i got into music, they didn’t blink and supported me all the way.

Going from Bungle to Faith No More was a frightening leap. I knew of them but wasn’t a fanboy or anything. Just thought: why not try it? Again, was out of my comfort zone as I was only into death metal, hardcore and goofy stuff back then, and was from a small town. So migrating to San Francisco and singing for a new band, it just had to be done, as scary as it was.

Which seems to be a great prescription for doing just about…whatever. So, from films, soundtracks, tv, video games and everything else what creative skill set are you finding the most exciting?

I would say film scores. They can be incredibly frustrating and perplexing, but there is something I enjoy in that world. I’ve done a few…and regardless of process or hierarchy, I gotta say, I enjoyed them all…but….TV? [clears his throat] Not so much. Much more cutthroat and immediate without much care for quality. But that’s just my experience.

And the scores I love? Morricone’s “L’uccello dalle piume di cristallo”, a 70’s Argento giallo film, John Barry’s The Ipcress File, an insane spy film with wild instrumentation, Jerry Goldsmith’s Our Man Flint, which taught me how to switch genres while retaining a theme, and a much more modern one, Mika Levi’s Under The Skin, which was horribly haunting and minimal.

Given the recently canceled Faith No More tour and you being fueled by what seems to be a decidedly restless spirit, what and where are your eyes, ears, head right now?

I’m involved in a new project. I can’t mention it now but it’s….mmmmm….way outta my zone. That kind of thing warms my heart, and puts a smile on my cojones. Big picture? Yes: having a new challenge is super exciting, and the older I get, the more those challenges seem to present themselves. I mean I’m in a place now where I am more open than ever, and am really hoping to explore my voice in contexts that are foreign to me.

Speaking of aging…well, that’s tricky. At times, it is comforting and gives me a certain resolution. Like “this is who you are: swallow it!” Other times, I feel slightly disjointed and like a grandpa falling down the stairs. Both are welcome and I accept them lovingly. But it’s day to day.

Have you found the gravitational pull of technology to be something at all interesting in the ways you could reappropriate stuff there or does it just seem to all be antithetical to the nature of creativity?

Tech? Bring it on! The more, the better. I have no “ol’ school” pretensions a la ANALOG vs. DIGITAL. If anything, the advances have helped me in terms of the ability to record myself at home in my basement without a producer or studio expenses. Creativity is another discussion: something you have or don’t. Technology can be a tool, or a crutch, or a graveyard…it all depends on YOU!

OK, lightning round: give us stuff to listen to or watch without which our lives would be incomplete?

One Eyed Jacks with Brando and Karl Malden. A weirdo western that Brando directed that was based in Monterey California! And for music? Well, I only listen to music that I have nothing to do with! That’s how I learn. Childish Gambino, Sampa the Great, Imperial Triumphant, Ethiopiques, Johnny Paycheck, and so on. All music teaches if you have the rabbit ears and listen. It’s all golden fodder, man.