From Daria Across All the Animated Borders: Life Outside the Lines With Pilar!

Answering a calling might feel sort of noble but if it's to fulfill a lifelong dream of being an animator? Yeah: crazy, right? 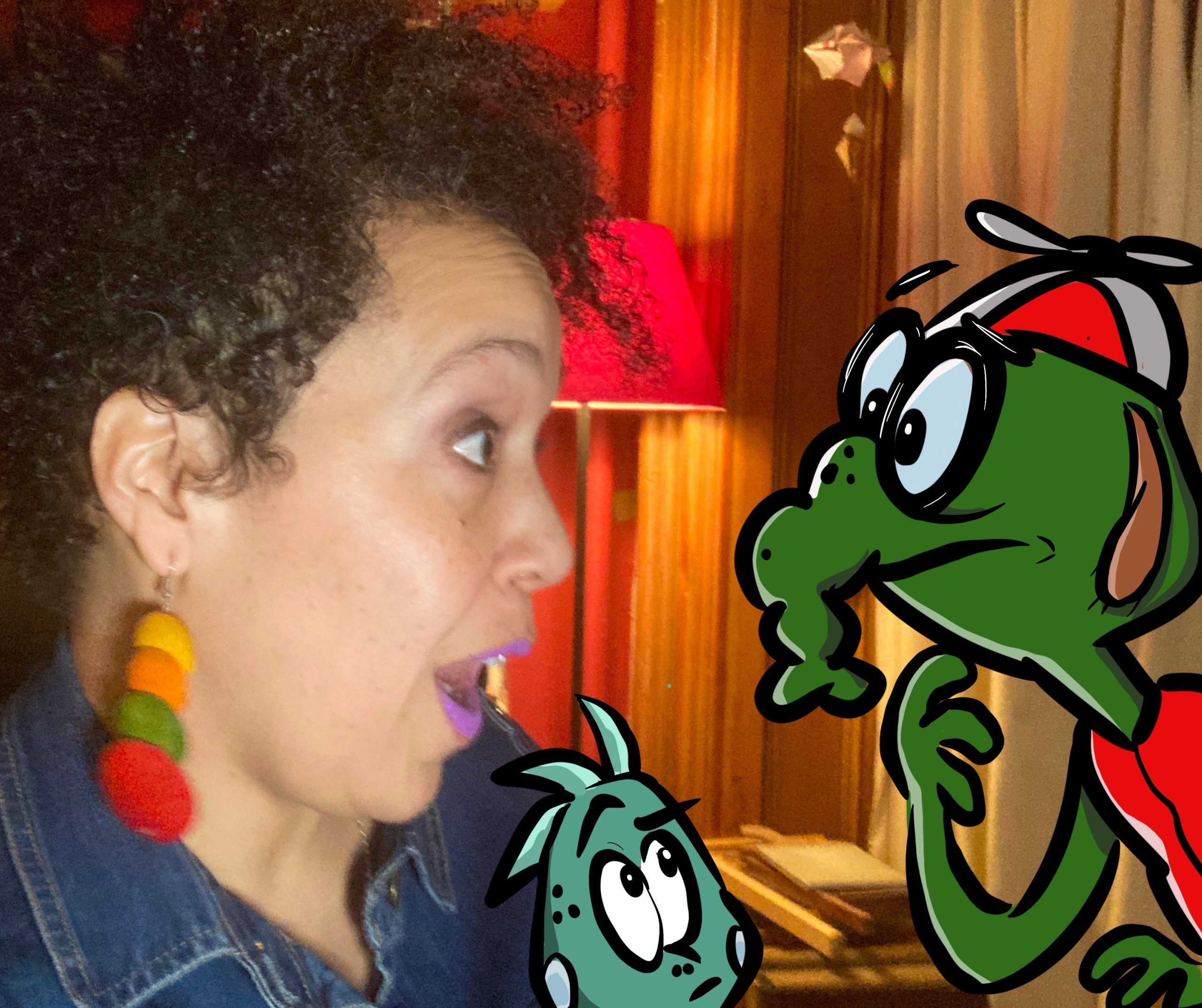 The set up was almost perfect. A dark kind of perfect. A world famous children’s book illustrator trundled into New York’s famous “Fame” high school and held forth, largely, on how to become a world famous children’s book illustrator. Toward meeting end he asked for students to pass their work forward. He paused when he perused Pilar Newton-Katz’s work and she thrilled: he was as close to an idol as she was likely to have in this world.

He held her work aloft. She beamed with pride. Momentarily.

“Now see,” he intoned. “Whoever drew this? They will never make it. The work is clearly too generic.”

If living well truly ends up being the best revenge then Newton-Katz’s entire career has been a singular testament to living well. From her work on MTV’s Daria to Courage the Cowardly Dog, she’s also ended up having illustrated over 20 children’s books.

Is there any better way to say “in your face”? Probably not. Which is why she took a minute to grace The Live Five with her presence. Enjoy!

How did you get around to the idea that you would be an animator…versus, say, an illustrator, or a painter of still life, or a boardwalk artist or something?

To be honest I almost became a painter at one point in my life because of my love of fine art during my high school years at LaGuardia High School of Music and Art and the Performing Arts. The main thing that made it crystal clear that I was going to be an animator was watching Saturday morning cartoons when I was a kid. My favorite show was the Smurfs and I was blown away by it. At the age of 8 I said to myself “I have no idea how this is made but I know THAT is what I want to do.”

The critique that crushed, courtesy of the famous illustrator, have much to do with the shift?

I mean he told me I was a bad children’s book illustrator at the age of 16 and I have illustrated over 20 children’s books by now so, doing well…it’s the best kind of revenge.

And Daria was a pretty big deal. How’d you end up pulling that off?

I had just come off of being a prop designer and storyboard revisionist on Cartoon Network’s Courage the Cowardly Dog, season 1. I learned so much at Stretch Films under the tutelage of my more experienced fellow animators and my mentor John Dilworth who created the show. I have always been curious about what it was like to work at MTV so I took a layout test and got in! I worked there for season 4 and learned so much.

When you work full time on a show, sometimes you are there past 9 at night! You do not have a whole lot of time to work on your own stuff. But as a storyboard artist on Courage, I was given room to insert quirky little things. I began to hide toilet bowls in the backgrounds of scenes. To my delight most of them made it in.

Despite this I just never try to be “edgy” and “slick” I just want people to enjoy my work. So Jeff Smith was one of my biggest influences. His comic Bone? Well, the characters and world building that he weaves throughout his comics are so amazing. I loved the Smurfs too, and you see a large portion of my influences come from the comic world.

I also hadn’t realized this until several people told me this recently upon seeing my work, but Jim Henson is one of my biggest influences, if not my biggest influence. The wackiness and earnestness that I put into all of my work are informed by the heartwarming silliness that I grew up watching. I feel like that is how Jim was like.

I am also so excited by The Proud Family: Louder and Prouder the continuation of the Proud Family created by the inimitable Bruce W. Smith (of Academy Award winning Hair Love fame). I met him at the Ottawa international animation festival three years ago and I totally geeked out.

I also follow independent animation a lot and I love anything being done by Joanna Quinn. Check out her latest film featuring the lovely Beryl and her adventures. Joanna Quinn is a treasure.

Now you’re a professor as well. So is it a given that you believe that creativity is something that can be taught? Or do you think animation comes closer to being a craft and once you can master the tools, the rest is easy?

It depends. I teach a lot of the technical end of animation; principles such as timing, staging, animating in arcs, squash and stretch and so on. But as I teach these principles I encourage my students to put their own creativity into it and to not just parrot what I do. Is it 100 percent correct? Maybe not, but personally I can’t teach animation without encouraging students to have fun and be creative at the same time.

If you had an unlimited budget and unlimited time, what would you do with it? Outside of giving me a little of both?

My passion project is my fantasy story The Snozzlewinks. I already did my first graphic novel with those characters. If I had all the time and money in the world I would do parts 1 through 5, then do a feature film. I see a feature film in my future.

For more of Pilar…right here.