Free to Be Robbie Lee

What do you do when you get a degree in PoliSci? The not-so-simple answer: Become an ex-pat photog in Paris. 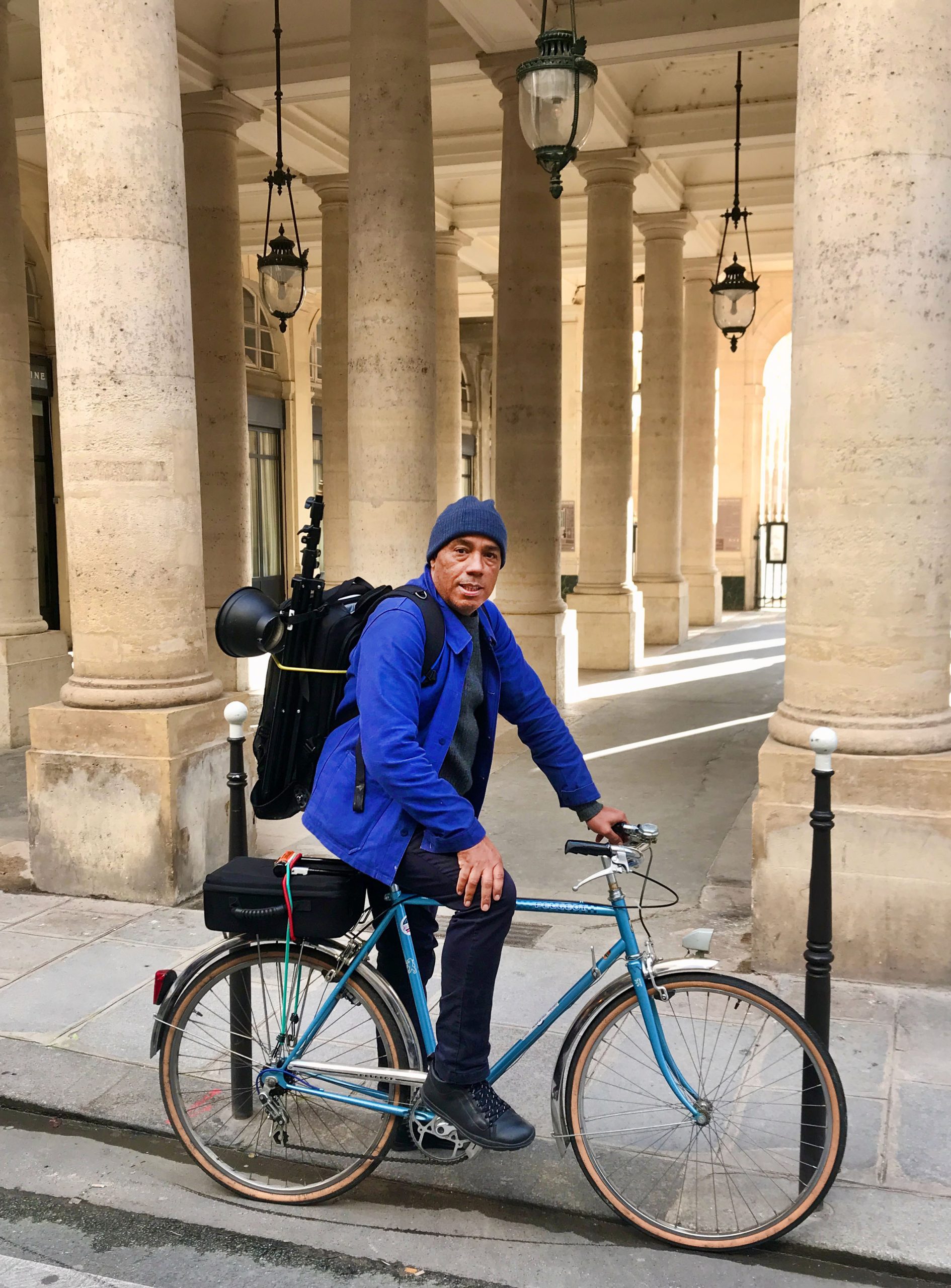 Robbie Lee — clever pivot from Rob E. Lee, the sadly and suddenly relevant again Confederate General with whom he shared a name, and a tribute to a dead grandfather he was actually named after — has a pretty downbeat assessment of anyone even remotely interested in following in his footsteps: don’t. Armed with a degree in Political Science and Government from the University of Pennsylvania, Lee did the only thing that made sense to him at the time. He spent the next 29 years being a photographer. But in line with doing as he says and not as he does, most are probably better off using “photography as a side hustle” he thinks.

Which is precisely not at all what he’s done. From San Francisco to Los Angeles, and beyond to Brooklyn and now Paris Lee, after all, spent the better part of a cool part of his time as the designated photographer at the worldwide semi-famous Vinnie Tampon’s Cases. For this fun fact alone we’re delighted to welcome him, and you, to The Live Five. Be about it!

My family isn’t creative at all, but I will say this, that my mom certainly encouraged and pushed for it. Without her push, I wouldn’t be where I am today. But how did I decide to be a photographer? One has to have a ton of shitty jobs and experiences before you find your path. However, this path has definitely changed. There is no pot of gold at the end of the rainbow, and it is probably better to use photography as a side hustle.

But I am originally from Philadelphia, a city of tough love. Or is it brotherly love? And I finished my studies at university in Philadelphia, bought a backpack and plane ticket and traveled around the world for two years. I came back to Philadelphia, searched for work, threw resumes everywhere like cigarette butts in the gutter, and one of them led me to a headhunter.

Went to see said headhunter. This fucker asked me if I wanted to be a Prison Guard? GO FUCK YOURSELF AND FUCK YOU PHILLY!

So I went home and packed my bags, bought a shit car and in less then a week I was in San Francisco. At that time San Francisco was affordable, so I found a job and made photography my side hustle. From there it goes like this: SF>LA>NYC>BROOKLYN>PARIS. For me stagnation is death.

Is commercial work a necessary evil for you or do you enjoy it? And transitioning to digital? How rough was that?

Without some form of commercial enterprise your photography won’t happen, Period! For me I love the magic of photography, so yes, I enjoy it. But to tell you the truth I have never fully made the transition to digital. I still shoot as much film as possible, but only 4 x 5. I’ll never quit that process. There is something about the magic of analog, that can’t be replaced by digital. It is not so much about my subjects it is about the process of making images. And with digital there is no experience, only time management. Subjects have no time for experience. So a lot of what I do, I do quickly, and mistakes get corrected in post.

But for me the creative difficulty is always: how do you elevate the ordinary to greatness? Or, how do you breathe life into a subject so it grabs your attention? With great subjects, the hard work has already been done.

Sorry, but it feels necessary to ask: why did your parents name you after a Confederate General?

Ha! I’m named after my grandfather who died in a car accident before I existed. The funny thing, or depressing thing, is that people no longer recognize the name at all. Unless I’m in the American South. Or abroad.

And abroad is where you are now. Was it something about the creative environment that you preferred?

Guilty pleasure? Watching the United States implode. It is hard to look away from this train wreck. Outside of this I’m learning a language and culture, reading. I’m always searching for a game of footie. But you know out of all of the photos I have taken I don’t have a favorite photo yet. It’s yet to be created. So that’s what I’m doing.

However, I’m sorry to say, that in the United States today, even daydreaming costs money, which is in short supply. But this is happening everywhere too. The US is just ahead of the curve here. It is near impossible to be a poor creative.

To this I have to say, there is creativity, one just has to reach out for it and stay true to your own personal vision of it. Life is an endless series of learning. To say that people can’t learn new things, if that is so, what’s the point of life?