Which Bitch? Sophia Chang, the Baddest One in the Room, Natch!

A Tribe Called Quest, Raphael Saadiq, Q-Tip, the RZA, GZA, and Ol' Dirty Bastard make you think of anyone specific? Try their one time manager Sophia Chang. If you dare. 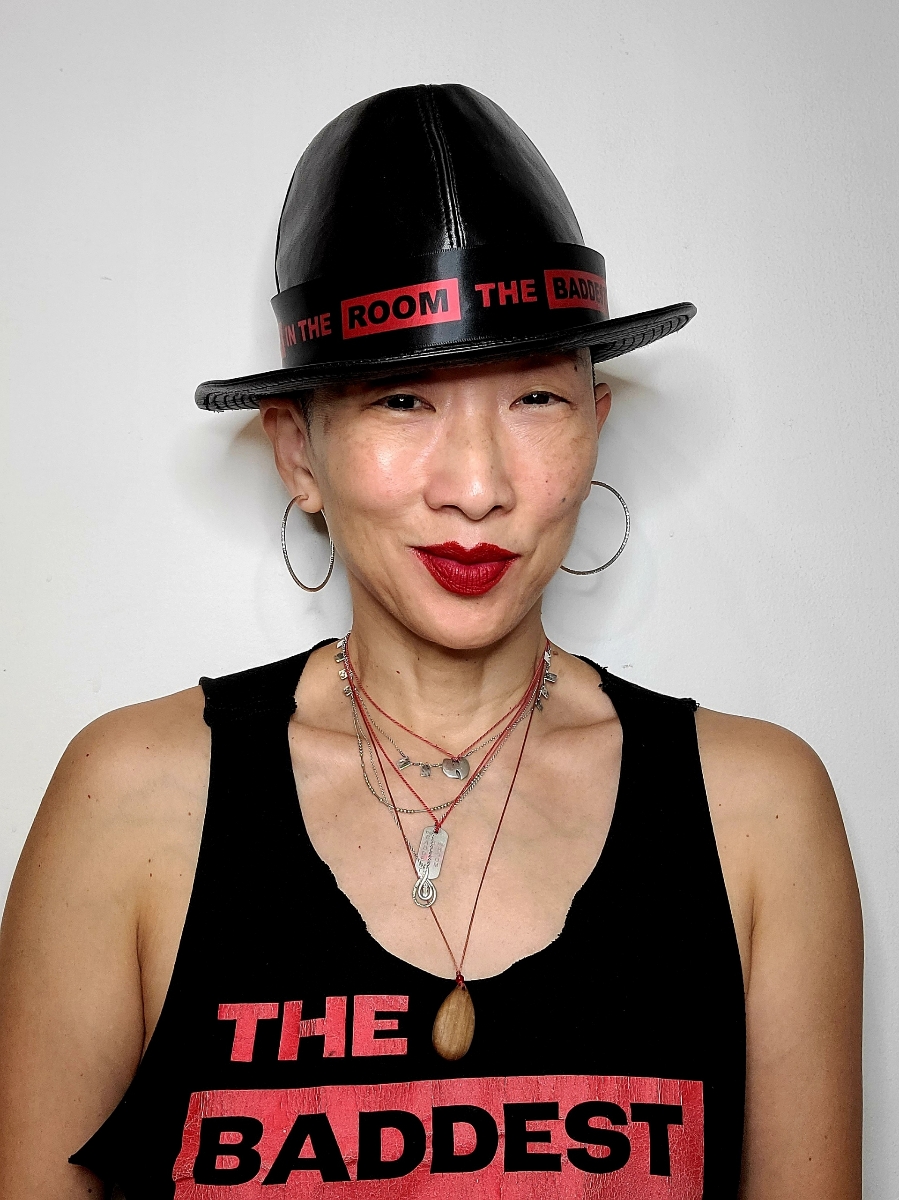 The Baddest Bitch In the Room. While it’s easy enough to explain that that is the title of Sophia Chang’s award-winning book, unless you’re deep in the know it’s harder to figure out how and why amongst the widest variety of bitches you could find, that she manages to be the baddest. A quick call to the RZA, or the GZA, or A Tribe Called Quest, or Raphael Saadiq would clear that up right quick though.

You see Chang was a multi-hypenate’s dream: in addition to being an author she’s been a manager, music director, record exec, producer, and, as of late, leading the charge as the prime mover behind Unlock Her Potential, an American mentorship program for cis, trans, & non-binary, femmes, gender expansive, gender non-conforming, & gender-fluid people of color.

When does she sleep? Probably (possibly?) never.

So when the 5’4.5″ transplant from Vancouver, with a degree in French literature no less, called from her New York redoubt and agreed to pop in to do a quick one for The Live Five? There was joy never-ending across the land of people for whom baddest is best and Chang is its standard bearer.

Your connection to creativity has, initially, in your first at bat vis a vis work in the music industry, marked you as having killer ears and a feel for what ended up being total greatness. How is it you were able to hear and GET what others were only hearing but clearly didn’t get?

I think I have a unique gift for seeing talent through a fully integrated lens, meaning that I can read every aspect of their being — emotional, psychological, spiritual, intellectual, as well as creative. One of the great privileges of having been close to some of the greatest artists of our era is to be able to experience their music at so many levels.

Do you think the edge that an outsider might have in understanding outsider culture, is where your edge came from, and is there an emotional connection to this and how creativity works?

I always say that I was a minority, as an Asian, within a minority, as a woman, within a minority, hip hop, for sure. I don’t think being an outsider necessarily gives one an edge, but I have been told several times throughout my career — in a number of disciplines — that my external perspective offered a freshness that was appreciated. And an emotional connection? I’m not answering that because I don’t understand how you’re using emotion.

[Laughs] OK then, what, in terms of what you’re listening to or watching now, is noteworthy enough for mention here?

One of the most stunning things I’ve watched in the last year is a show called Somebody Somewhere on HBO Max. Though it’s a small story, so to speak, the emotional and narrative scope is wondrous: it manages to have me weeping uncontrollably and laughing and trying to answer mysteries. And the star, Bridget Everett is a wonder to behold. Another show I love is Reservation Dogs on FX, the first show to center indigenous folx. And their whole writers room was staffed by indigenous writers. That’s remarkable and goes to show everyone that the talent is out there if you just fucking look hard enough.

Unlike many who made their bones in music we had never noted that you were any version of that frustrated musician who’s failure to succeed in making music made them excel in other regards…but how have you made sense of the urge to create for just creation’s sake and how has that manifested itself in your life? With your writing?

I managed some of the greatest storytellers of our generation — Ol’ Dirty Bastard (RIP), RZA, GZA, Q-Tip, Tribe Called Quest, Raphael Saadiq, and D’Angelo — and that definitely instructed, informed, and inspired my own storytelling.This is my role now.

You’re involved in some fairly serious mentorship programs. Mentoring someone through how to be a better engineer seems easier than mentoring someone in succeeding the way you have. What does this look and feel like?

I am only involved in one serious mentoring program and that is the one I founded: UNLOCK HER POTENTIAL, which provides free mentorship for women of color 18 years and older in the US and Puerto Rico. I don’t mentor anyone to follow my path. I would never suggest that to anyone. Everyone has to carve out their own trajectory. The incredibly accomplished mentors in my program have a profound trove of institutional knowledge and experience that they offer magnanimously to their mentees.

But yeah: Shit is full on right now.